Hi, Rulerofowls here! For this Friday’s article, I’ve had two choices: First, I could rush a “first impressions” or “first part” article/discussion on Red Dead Redemption 2, but since I don’t feel confident enough for that article being good or “cooked” enough, I decided to go with option number two, which is a new segment (or possibly a one-off article, depending on the games) called “F.A.C. game reviews” where F.A.C. stands for “Fast and Concise”. These “reviews” will be a few hundred words each, and will focus on games that I don’t have that much to say on, but still feel like they are worthwhile exploring in an article for various reasons; I hope you enjoy this and next week—hopefully—I’ll have the RDR2 article ready or an actual O.D. for a game. Without further delay, here are the F.A.C. game reviews on Pool Panic and Victor Vran! 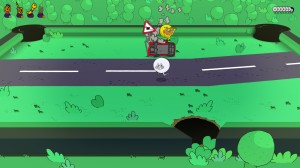 Pool Panic is self-described as the “least accurate pool simulation” and that description can be described as “fairly accurate”. With over 100 levels and constantly shifting mechanics and brand new ideas around every corner, Pool Panic offers diversity and some fun ideas on a consistent basis; most of those ideas hit and deliver some pretty fun and absurd scenarios that are very entertaining to go through, but some don’t and are not as engaging. Thankfully, you can skip those levels and still complete the game, should you choose to do so; unfortunately, completing the game requires you to play it! There’s only one word I can think of to describe the controls in this game and that’s “bad”; in the early levels, that’s not a huge deal. Ball variety (what am I doing with my life that I had to think of that description?) at first, is not about hitting moving targets or hitting a shot with limited time; instead, it’s more straightforward puzzle-solving: 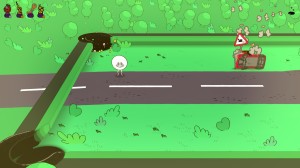 Hit balls to hit other balls; don’t knock the 8 ball before it’s time, etc. But, as the ball variety becomes impressively diverse and creative, the cracks begin to show up: Controls make the game frustrating and a hassle to deal with, as moving targets come into play or different “pool tables” are introduced. That’s a shame, because I really like this game and what it does: Besides the core concept being a great idea, the “Rick and Morty” inspired visual style and the overall goofy character of the game make it a very pleasant experience. Moreover, the soundtrack is pretty good, the secrets and challenges are pretty fun (even with the bad controls), however the bad controls are just too frustrating to overlook, especially after the “introductory” levels. It could have been great, but it could still be if the developers decide to rebuild the controls or add more options to tune them to our liking; as it is, a good sale could make this worthwhile, just to see the levels and enjoy a couple of hours with it. 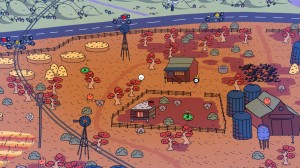 I was looking forward to this game, back when it released in 2015, but—for some reason—it went of my radar and did not come back until this October, when it was announced as being part of the Xbox games with Gold lineup of free games. While I enjoy a good isometric Action/RPG, that genre has never been my favorite; usually, I squeeze out a maximum of 20 hours (which is nothing in the hundreds of hours they are designed for) and then stop because something else has caught my attention. Victor Vran is probably going to be that game, but I can foresee how it can be one of the few that will make me enjoy it for longer than that.

For starters, it’s more action oriented: Enemies are more active and can become deadly if you become too cocky against them; enemy variety is also very impressive, as enemies vary from ranged to melee types with specific parameters and tactics required to defeat them; weapon variety and depth is surprising, as different weapons types have different abilities, animations, strengths, and ways to deliver damage to enemies beyond base stats (i.e. the lighting gun and the shotgun are both good crowd control weapons, but each accomplishes that task with different abilities and play-styles). The systems in game are also interesting on their own: Leveling up boosts stats and unlocks more slots for your character, but also grants specific items and consumables; loot is—unsurprisingly—important, but they offer some interesting passive stats like weapons being more valuable to sell; the map is divided in levels, with each one having specific challenges that offer replayability and give reason to try new weapons or engage with the levels in ways you would not.

Beyond these interesting features, Victor Vran is a stock-standard loot Action/RPG—a very good one—but, a stock-standard one nonetheless; it also suffers from the same issues that other isometric Action/RPGs suffer from: Visual design is uninspiring, the story is boring gibberish, and after a while, I always get the feeling that I’ve done this dance before and I’m just now repeating it under different stages and with different partners, which becomes tiresome. In short, Victor Vran does not reinvent the wheel or advance its capabilities further; it simply designed and delivered another wheel, which is not groundbreaking or as interesting as doing something bold and novel is, but it is useful and enjoyable.